Finding a suitable screen recorder might not be a difficult task for Windows and Mac users. But is there any available Linux screen recorder? The answer is yes. And this post will give you the list of the best 7 screen recorders for Linux. Keep reading to find the one you need.

With the growing popularity of telecommuting and online classes, there are more and more situations in which you have to record your screen as videos. Sometimes you may feel confused about how to pick up the best screen recorder for Linux as each of them has outstanding features.

This post will offer you a list of the best 7 Linux screen recorders that are easy to use. Whether you want to record streaming videos, gameplay, or online conferences, there is always a suitable one for you.

OBS Studio, one of the most famous open-source screen recorders, also offers its users a Linux version. This multiple-functional screen recorder is good at both screen recording and streaming so that you can use it to capture your Linux screen or broadcast a live stream without any hassle.

As a powerful software, OBS Studio integrates some advanced tools, such as real-time audio mixing, color keying, color correction, and so on. Suppose you need to record the video and audio simultaneously, and in that case, this powerful Linux recorder allows you to select the media sources freely, and you can even add filters to the sound. 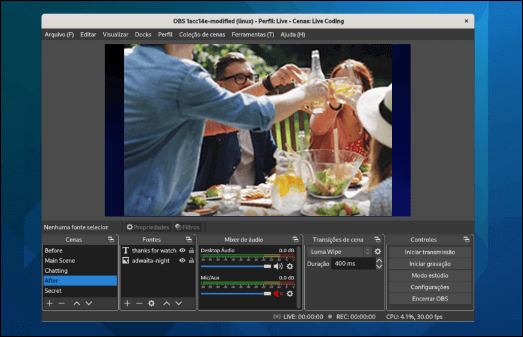 This is a Linux simple screen recorder that has a user-friendly interface. Although this screen recorder is designed to be easy to use, it doesn't compromise the quality of the output files so that you can capture high-quality video and audio files on your Linux device.

Some people may be very concerned about the output formats this recorder supports. Don't worry. You can export videos in standard formats, such as MKV, MP4, AVI, FLV, etc., and those formats are compatible with most media players, editors, and video-sharing platforms.

As its name suggests, originally, VLC Media Player is video and audio playing software, and it is open-source and free to use. In the past years, this player has become more and more popular all around the world because of its robust functionality. Nowadays, people not only use it as a mere media player but also as a video recorder that helps save streaming videos from the internet.

As VLC Media Player is compatible with Linux devices, you can use it as a versatile Linux screen recorder to capture what you want to save. But the operations to use this software are complicated than using other screen recorders, and it would be suitable for professional users. 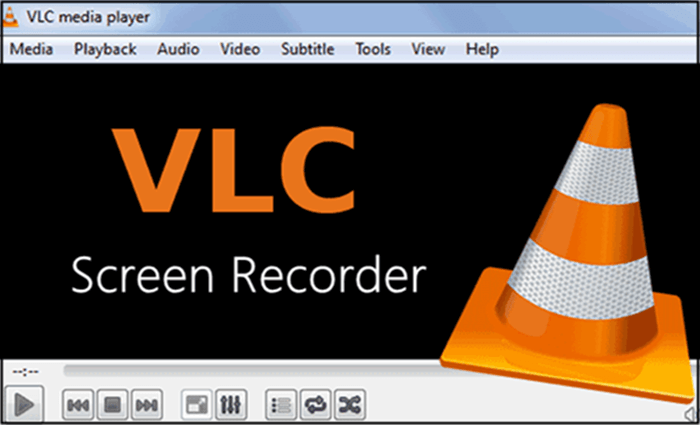 This screen recorder is different from those mentioned above as it is a specialized Linux GIF recorder. This app is designed to capture some specific area on your screen, and you can customize the recording region freely. Peek allows you to turn what you captured into GIFs as well as to export the recordings in MP4 and WebM formats.

Notably, you can adjust the settings before capturing your Linux screen, and this recorder supports setting the frame rate of the GIF per your own needs. Moreover, you can also set a delay time for the recording. 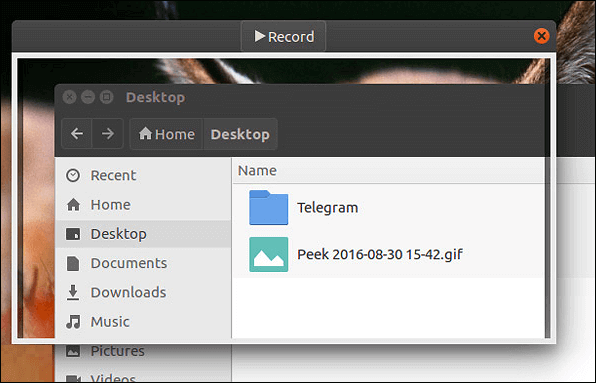 Kazam can be considered as the most rich-featured Linux simple screen recorder. Some Linux recorders only help users capture the screen, while the Kazam screen recorder is able to capture the screen, audio, and even the webcam. This software offers you more options to select the recording area, and it's both possible to record a specific window and any customized region on the Linux screen.

This might be your best choice for making a tutorial video on Linux since it is capable of capturing the mouse cursor and keypress along with the screen recording. It's also convenient to share the recorded videos as this software supports exporting your videos directly to YouTube. 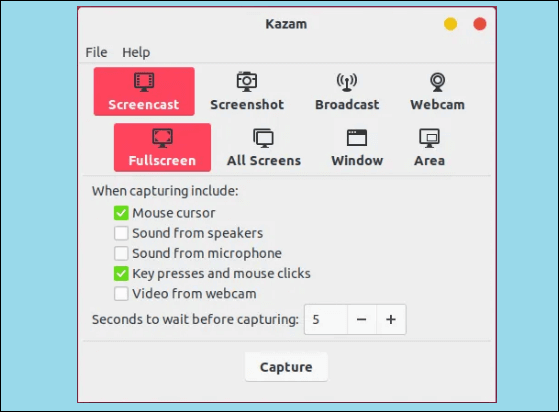 This software is created to record games and programs on Linux devices. Although other Linux screen recorders are readily able to do those operations, this one offers you many more functions. The multithreaded process ensures that the delay in a component will not influence other components so that it always works without lag.

Compared with VLC Media Player and other apps on Linux, this specialized recorder captures the video more efficiently. Using this software, you will save a lot of time and effort. 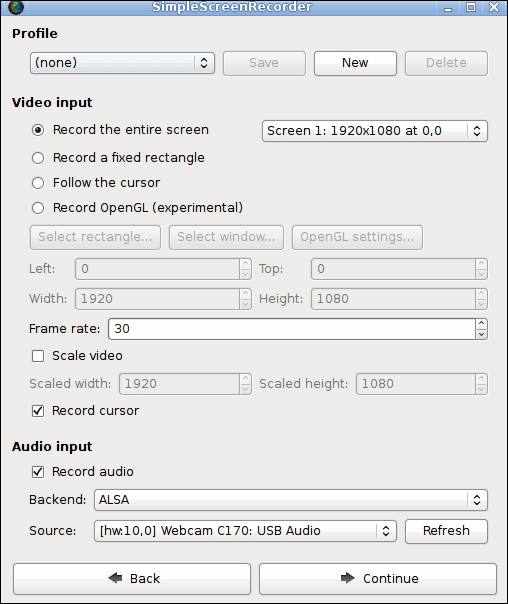 Just like the Peek GIF recorder mentioned above, Gifine can also be considered an animated GIF maker that supports capturing your Linux screen. Besides GIF, as a matter of fact, this free tool also enables you to export the recordings in MP4 format. This Linux recorder provides you with more features that Peek doesn't have. For instance, Gifine integrates a GIF editing tool that will help you trim a GIF directly. Using this GIF trimmer, you can make the GIF to a required aspect ratio or delete specific frames.

All those Linux screen recorders in this post are capable of capturing the screen of your Linux devices. However, which recorder would you use when you want to capture a Windows screen? Among all those options, EaseUS RecExperts can be your optimal choice.

This versatile Windows recorder provides you with both primary and professional tools you may need in capturing the screen. For instance, it's able to record screen, audio, and webcam simultaneously or separately. And a Task Scheduler is also available to start and stop the recording automatically.

This post focus on the best 7 Linux screen recorders you can use to capture the videos and introduce them one by one. Each of those recorders has its unique features and functions, and you can choose the best one for you according to your needs.

If you are using a Windows PC, this post will recommend a recorder that helps you capture whatever you want to save on your computer screen. This lightweight but versatile recording app will give you high-quality output files at a high rate of speed.