How to Screen Record Elden Ring | Easy Steps in 2023

As one of the most popular games, Elden Ring has gained a large number of players since its release date. It is not strange that some users want to record the gameplay clips during playing. If you have no idea how to do so. Just follow the tutorial to get the simplest steps on how to screen record Elden Ring.

The Elden Ring has been receiving praise from domestics and overseas since it is released. Some players got a high scores after practicing. Naturally, some of them want to record their gameplay and share the video with friends and fans.

However, some people just don't know how to screen record Elden Ring with simple steps. If you are one of them, no worries, we will show you how to capture Elden Ring gameplay screen as a video with step-by-step tutorials.

After recording, you can preview, edit, and share it as you like. Four methods are provided in this article. Just read ahead to see how you can screen record Elden Ring on PC and other devices.

When it comes to recording a gameplay on PC and Mac computers, you can always rely on EaseUS RecExperts. It is a screen recorder that can record all the gameplay displayed on your computer screen. Before screen recording Elden Ring, you can adjust the settings to make the recording meets your requirements.

Moreover, with this Mac and Windows screen recorder, you can record full or part of the screen, record system and microphone audio, record online meeting, and record the webcam as you like. No matter what the content is, you can record all of them only if they can be played on a computer. Check more information about it below.

Check the steps listed to start screen recording Elden Ring gameplay with it.

How to Screen Record Elden Ring with OBS

To screen record Elden Ring gameplay without paying, you will need Open Broadcaster Software or the so-called OBS. This software is capable of recording fast-paced action in video games. Moreover, you can use it to record streaming video without a hassle.

As for audio recording, this tool offers an intuitive audio mixer with per-source filters such as noise gate, noise suppression, and gain. With the high-quality recording video, you can make an excellent gaming tutorial if you want to show people how to play this game right. Here is a complete guide on how to record gameplay with OBS.

Step 3. The properties of "Game Capture" will appear, giving you three different modes. Choose a mode and click "OK" to start recording.

Step 4. After recording, the video will be named "Game Capture" and listed in the "Sources" list.

There is another way to record gameplay on Windows 10 computers and later. Although it is not the greatest or most comprehensive way to record Elden Ring gameplay, recording games with Xbox Game Bar is undoubtedly the easiest way since you don't need any extra recording app. 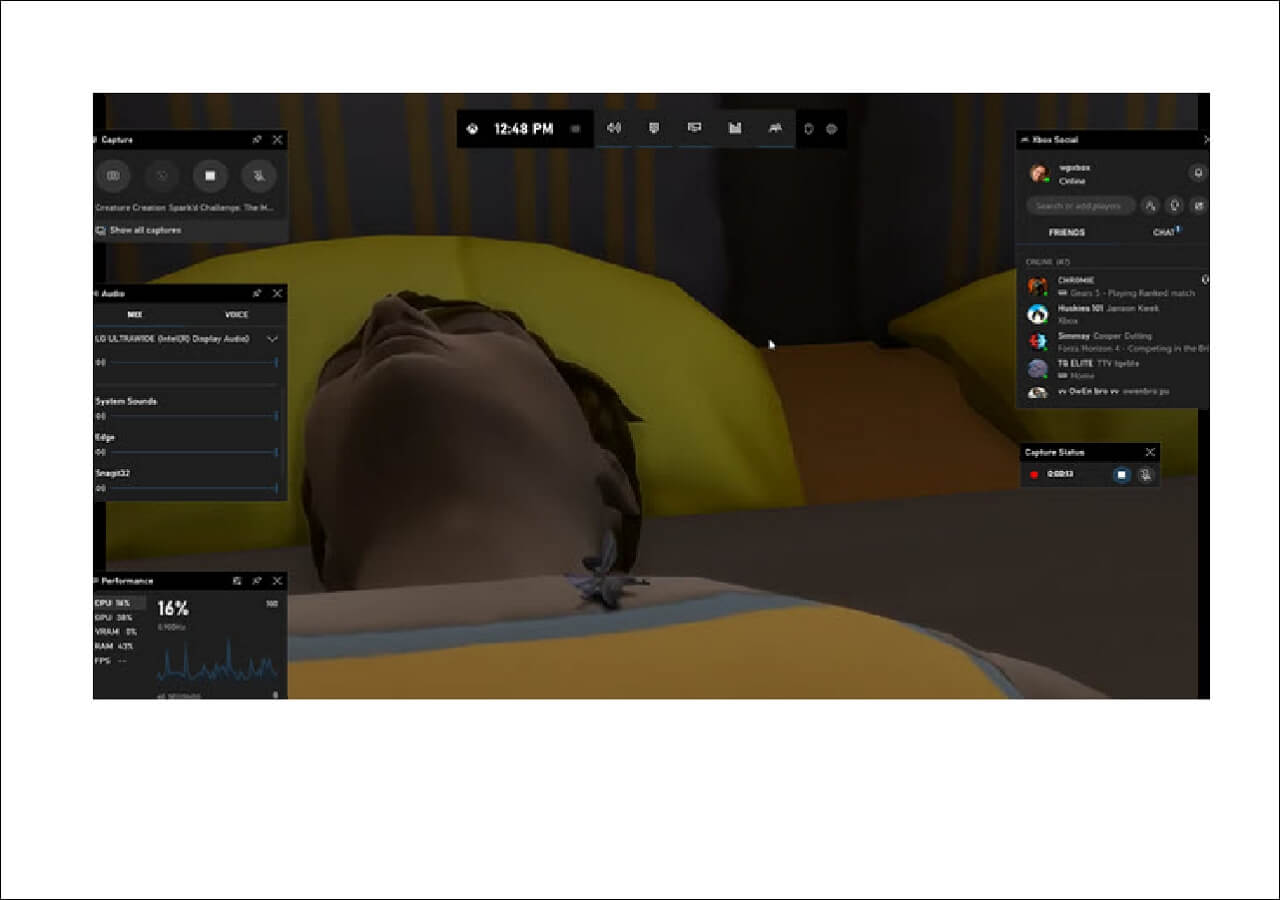 Step 1. Launch Elden Ring on your computer. Whenever you want to capture gameplay videos or clips. You can launch Game Bar to start recording.

Step 2. Press the "Windows + Alt + G" buttons on your keyboard simultaneously to wake up Game Bar.

Step 3. Click on the "Record" button to start recording. And click the button again to stop recording.

Medal.tv is the last best game recorder we want to introduce to you to record the Elden Ring gameplay on your PC. It can clip the last 15 seconds to 10 minutes on PC and Android. With this game recorder, everyone could record and clip their special moments without losing performance in gaming.

Choose Full-Session Recording, you can record the entire gaming screen. You can also use the hotkeys to create highlights within the game. After taking the recording, users can edit it based on usage.

Also, if you record the gameplay on a PC and want to view it on a phone, the Phone Sync function will instantly show your clips on your mobile device. Check the steps of recording Elden Ring with Medal.tv.

Step 3. Play Elden Ring. And when you want to take a recording, press the hotkeys to start.

Step 4. After recording, you can choose your clip on Medal.tv and click "Edit and Share" to make more operations.

FAQs about How to Screen Record Elden Ring

Here are some frequently asked questions related to this topic. Let's check them together.

1. How do you record Elden Ring gameplay?

To record Elden Ring gameplay, you can use EaseUS RecExperts. With this tool, you can record the screen, your voice, and even the webcam at the same time to create an excellent tutorial. Click and follow the steps to screen record Elden Ring with easy steps.

2. Can you record the Elden Ring network test?

The answer is no. Players are not allowed to record or take screenshots of the network test.

You can follow the steps below to record the screen on PS5.

From the content above, you will see how to screen record Elden Ring in four different ways. Among all the ways, we suggest you download and use EaseUS RecExperts. With this tool, you can record only the screen or with audio and the webcam. The recording can be made as all kinds of videos. Just download the tool and start recording now!