Detailed Guide on How to Screen Record on Samsung Phones

Making a screen recording on Samsung is sometimes the most effective approach for Samsung users to explain a process or illustrate how to accomplish something on their phone. It's simple to record your screen on a Samsung smartphone or tablet. Here are steps to demonstrate how to achieve it right now.

Using the screen record feature on your Samsung phone can be an excellent sharing tool, whether you're a game player, a teacher, a We-media worker, or just trying to explain a problem of Samsung phones. For example, it's a great way to instruct how to use a given smartphone feature to someone like an elderly. Whatever the reason, every Samsung Galaxy phone has a built-in screen recording feature. What's more, third-party apps are available, too. Here's how to utilize them. 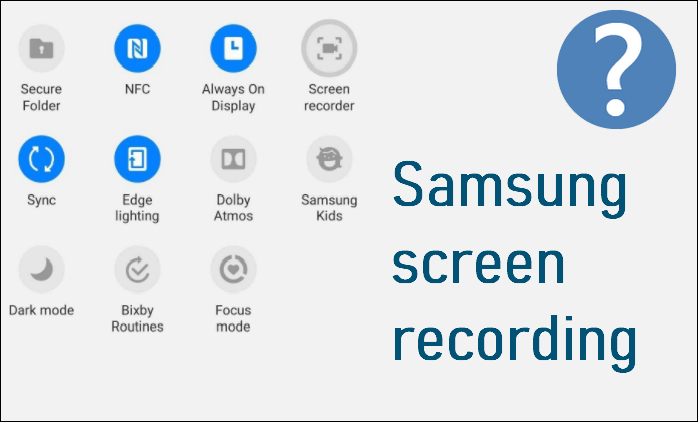 How to Record Your Screen on Samsung Phones

There are typically two ways to record your screen with a Samsung phone. One is using Samsung's built-in screen recorder, and the other is turning to some reliable third-party apps for help.

Samsung has its solution, unlike the many other Android users who may rely on third-party apps to monitor their screen recording activities. The key is Samsung's built-in application: Samsung Screen Recorder. Here is the complete guide for how to screen record on Samsung. Although we use the Samsung Galaxy A52s as an example, you may use the same techniques with any Samsung phone with a screen recorder.

Step1. Use two fingers to swipe down from the top of the screen to pull out the quick settings panel.

Step2. In your quick settings panel, locate the Screen recorder option. Drag to the bottom of the quick settings and press the “+” button if you can't find it. Add Screen Recorder hidden. Then, tap and open it. 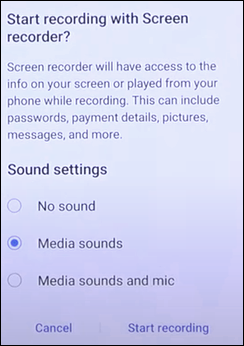 Step4. After selecting Start recording, move to the area or application you want to capture and record.

Step5. Tap the pause icon in the Screen recorder control panel when you want to pause your recording process.

Step6. Tap the “pencil” icon when you want to mark on your screen.

Step7. Tap the Stop icon when you finish your screen recording.

The Google Play Store has a wide range of apps for everything, including screen recording applications. However, we cannot provide you with a universal and detailed tutorial for all the screen recording software because every program operates differently. Instead, we will show you how to screen record with - XRecorder in a tutorial, which is on the top of Google's recommended rank. 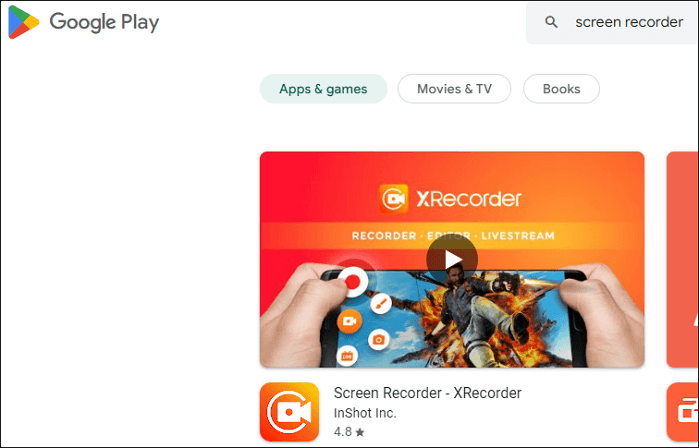 Step5. The app will begin counting down 3 seconds before starting to record.

Step7. Your phone will save the video. Choices to delete, edit, or share the video will also appear.

Even if your phone isn't on the list, you should try the methods to see if your device supports a built-in Screen Recorder. But if it doesn't, don't worry. You can refer to our guide on accomplishing screen recording with a related app.

Since the Samsung Screen Recorder app is so straightforward, changing the setting is a secret feature. But if you discover how to do it, the procedure is specific. Press and hold on to the Screen recorder option after two quick home screen swipes downward. Here, you can see every option. 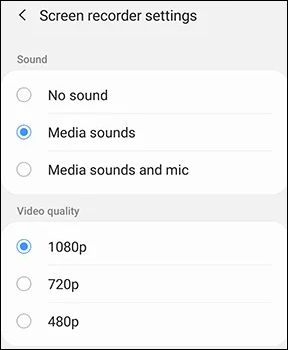 To Wrap It Up

The screen recorder is a new feature that makes it simple to record your smartphone's screen without downloading any additional software. Making a screen video can be the most effective approach to demonstrate a function, explain a process, or display how to accomplish something on the phone. It's easy to capture your screen on a Samsung smartphone or tablet. With this detailed guide, hopefully, you can efficiently deal with your screen recorder on your Samsung!

1. How to Transfer Screen Recordings to my SD card?

If your Samsung phone supports an SD card, you can use the My Files app to move your screen-recording videos there.

2. Can I make footage of myself in the recording?

Yes, Samsung allows footage contained in the screen recording video. To make it, press the “person” icon in the top right corner of the Screen recorder control panel.

Daisy is the Senior editor of the writing team for EaseUS. She has been working in EaseUS for over ten years, starting from a technical writer to a team leader of the content group. As a professional author for over 10 years, she writes a lot to help people overcome their tech troubles.