Want to know how to record gameplay on PC without lag? This article covers three methods that will solve your problems. Read the article and you will find the best gameplay recorder with detailed tutorials on how to record PC gameplay with many different tools.

Are you seeking a qualified game recorder that can prevent lagging and FPS drop? Are you an advanced user that has high requirements on resolution, bitrate, and FPS? Want to create awesome gameplay videos with microphone sounds and webcam just like a YouTuber? This post will introduce you to several best game recording software and teach you how to record gameplay on PC step by step.

For most people, the best game recorder is nothing extraordinary but ensures a smooth and enduring recording without lagging the computer. So, any time you want to record gameplay on Windows 10 PC, the Xbox app is enough. You don't need to install any other third-party software on your PC.

Here's how to record gameplay without lag on PC:

Step 1. You can directly type "Xbox" in the search box in Windows 10 and open the Xbox app by double-clicking the search result.

Step 2. Use the keyboard shortcut Windows key + G to open the Game Bar, and it's the quickest way. Here, you'll see a pop up above the Xbox homepage/the game you're playing, asking if you really want to open the game bar for recording games. Click "Yes, it is a game", and then the game bar is evoked.

Step 4. You can also access the recordings within the Xbox app by navigating to Start > Game DVR. Under the "On this PC" tab, you can locate, view, and open the recordings here. 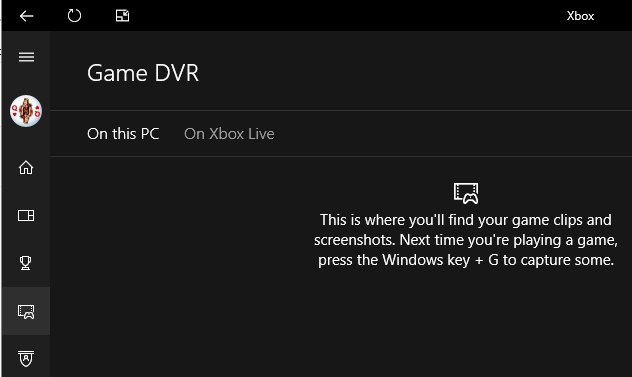 Xbox Game Bar is for Windows 10 gameplay recording. It's indeed very user-friendly, rich-featured, and fluent. But if you need more editing functions, third-party gaming recording software is your best choice, like EaseUS RecExperts. Almost all of your needs can be met by the best free screen recorder.

EaseUS RecExperts is one of the most popular game recording software on PC. This Mac and Windows screen recorder enables you to record various high-quality games in 4K UHD resolution, and you can choose the frame rate you want flexibly. While recording gameplay on PC, you also can capture the system and microphone sound, and your webcam to record game and face, making the gaming video vivid.

Also, it supports taking screenshots of the gameplay video in high quality. Apart from that, there is a built-in trimming tool that helps you edit the recordings without downloading any other software.

Not only recording gameplay videos, this recorder also allows recording meetings like Zoom without permission.

How to Record Zoom Meeting without Permission

Apart from gameplay videos, online meetings could also be common in your life. Click this tutorial to learn more details on recording it.

OBS Studio is a free and open source screen recorder for video recording and live streaming. It enables you to record gameplay without lag on any operating system computer, including Windows, macOS, and Linux. Moreover, it also can be used to capture screencasts, online meetings, webinars, lectures, and other activities on your computer screen. 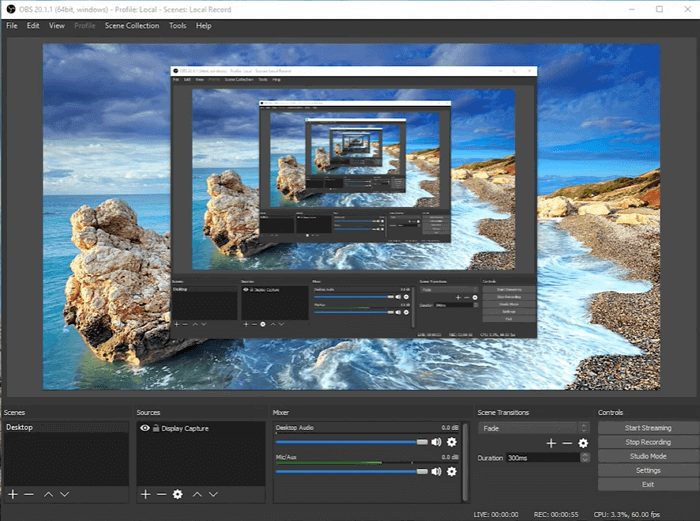 How to Record PC Gameplay with OBS Studio:

Step 3. Once done, you can begin to capture your gameplay by clicking on the "Start Recording" button on the bottom right side of the window.  If you want to stop the recording, you also can click on it.

These are the basic method of recording gameplay on PC with OBS Studio. If you want to record games with your camera or microphone, you also can get the job done with OBS Studio.

Avid gamers must not be strange with the brand Plays.TV - a game recorder that distinguishes itself with the bookmarking and clip stitching features. This software is so popular that its ending service once caused inconvenience to a bunch of gamers.

In such kind of situation, Medal.TV added the bookmarking and clip stitching functions and became another Plays.TV. You can now trust this game recorder, and it allows you to record every match, bookmark any moments in your clips - including crucial events like deaths, assists, and winning. 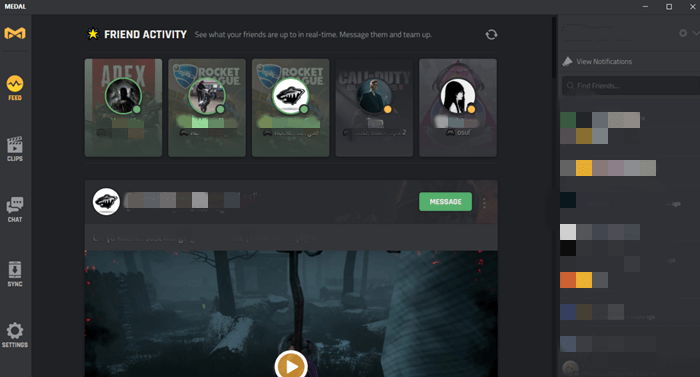 This recorder supports 4k and up to 144 FPS which is strong enough for the best games on the market. You can record with full sessions or record with just clips.

How to Record While Playing Games with Medal.TV:

Step 3. This game recorder will automatically detect your game. So, whenever something cool happens, you can hit the button set just now, and the clip will be stored.

Step 4. After recording, you can choose to trim your clip and bookmark it.

Some PC problems could lead to game latencies, e.g., outdated CPU or graphics card, low RAM space. Some other possible reasons may have things to do with your free video recording software settings - inappropriate FPS, bitrate, or resolution. So how to record gameplay with no lag or FPS drop? Here are some useful tips.

FAQs about How to Record Gameplay on PC

1. How do Youtubers record gameplay on PC?

Yes, your Windows 10 PC is set to automatically record gameplay audio and video. But you can disable gameplay audio by turning off the "Record audio when I record a game" switch.

By following the steps below.

To sum up, on this page, we offered you many tutorials on how to record gameplay on PC and introduced the best gameplay recorder for PC to you. You can choose the one according to your needs. But, here, we strongly suggest you choose EaseUS RecExperts because the function of this software is much better than Xbox Game Recording Software in Windows 10. EaseUS RecExperts can satisfy most of your recording needs.