How to Record CSGO Gameplay with CSGO Recording Software

Do you want to know how to record CSGO gameplay with the best recording software for CSGO? In this article, 5 straightforward solutions will be offered to help you capture your highlighting gameplay in CSGO. Follow the tutorial to capture high-quality POV demos of yourself!

"Why am I getting a black screen when I try to record in CSGO using OBS Studio?" 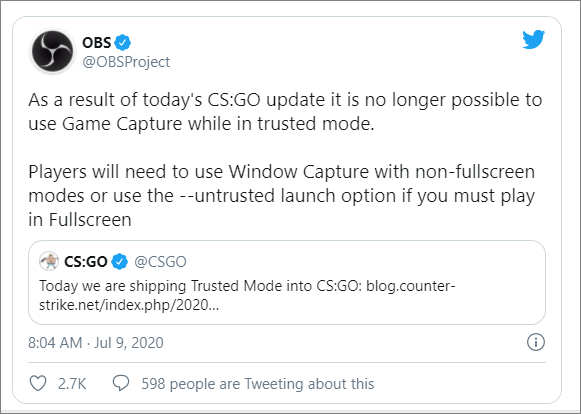 How to Record in CSGO with Xbox Gambar

To record CSGO on Windows PC, the most straightforward method is capturing the gameplay with Xbox Gamebar. Gambar is a default gameplay recording application for Windows 10 users. It saves a lot of time downloading any other recording software for CSGO, and you can directly launch it by pressing some keys on the keyboard. Then, the gameplay clips will be saved to your computer directly.

Step 1. Firstly, press "Windows" and "G" on your keyboard, then you can launch Xbox Gamebar on your PC.

Step 2. When you see a toolbar, you can customize the settings according to your needs. It enables you to take a screenshot, record the game with your voice or with a webcam.

Step 4. To stop the recording and save the captured gameplay clips, press "Windows" + "Alt" + "R".

Although it's convenient to record computer games using Xbox GameBar, sometimes you may need to turn it off. For instance, if you want to turn off the Xbox game DVR for CSGO, what should you do?

Firstly, open the Windows Startup menu and select "Settings". Click "Gaming" to customize the settings for Xbox Gamebar. There is an option "Record game clips, screenshots, and broadcast using Gamebar", you need to click on it to disable it. Then, the Xbox Gamebar won't pop up even if you press "Windows" and "G". 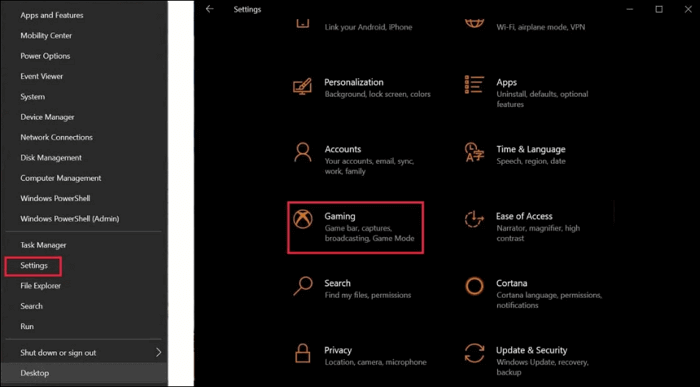 How to Record CSGO with EaseUS RecExperts (No Time Limit)

EaseUS RecExperts for Windows is an intuitive screen recording software that is free to use. With its help, you can flexibly record screen, audio, webcam, and even gameplay without hassle.

You can record full screen on Windows 10 and capture the game window that brings a lot of flexibility for recordings. Among these features, recording gameplay is the flagship function. You can record game with face and your voice from a microphone when recording CSGO gameplay. If you want to create an attractive game video of your own, don't miss this full-featured CSGO recording software.

It's the best recording software for CSGO. Moreover, it's a trustworthy tool that enables you to capture high-quality CSGO demos in a secure network environment. Download it and record CSGO gameplay with no lag!

How to Record CSGO Gameplay with Bandicam

Bandicam is a lightweight screen recorder for Windows users, launched in many areas of the world. With this tool, you can record any region of your computer screen as high-quality videos. As for recording gameplay, Bandicam can record various 2D/3D games with a 4K UHD Video. CSGO is not an exception. 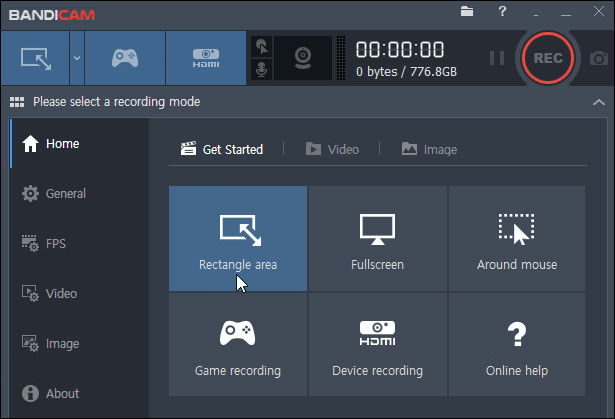 How to record CSGO gameplay with Bandicam:

Step 1. Download, install and launch Bandicam. Click the symbol of a gamepad on the top of the interface. It is the game recording mode.

Step 2. Click the red button on the top-right corner to start recording your CSGO.

Step 3. When your recording ends, re-click the red button or press F12 on your keyboard to stop the recordings.

Step 4. Find the recorded videos by navigating to the "Home" menu at the right panel and clicking "Video".

How to Record CSGO Clips via QuickTime

Having recommended several CSGO recorders for Windows users, I will introduce a game recorder for macOS users. That is QuickTime. This tool is well-known as a multiple-functional media player. It also has screen recording features that enable macOS gamers to record their highlights in CSGO. 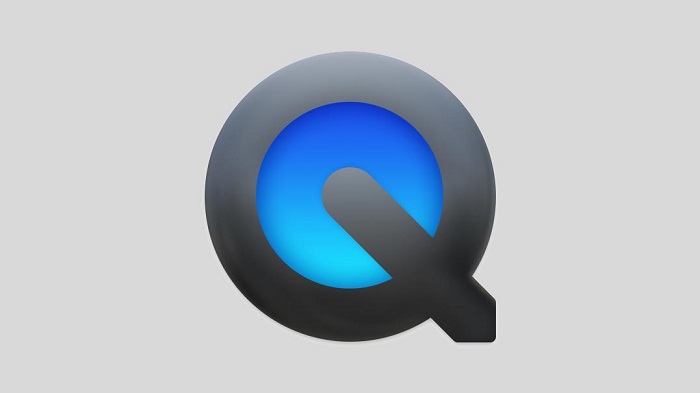 How to Record CS GO Clips with QuickTime:

Step 1. Open QuickTime on your Mac, and go to "Files" > "New Screen Recording".

Step 2. Then a new window will pop out. Click the red button "Recording" to start recording your gameplay as long as your CSGO is ready to be captured.

Step 3. To stop the recording, hit "Stop" at the "Menu bar". And then, click "File" and save the recorded file.

How to Record Demos in CSGO with XSplit Gamecaster

XSplit Gamecaster is designed to record the streaming of your gameplay. This software offers a simple and clear interface as well as experienced game recording features. With Xsplit Gamecaster, you can capture your CSGO gameplay with high quality and save them to your computer disks. This tool is free for users, and you can download it for having a try. 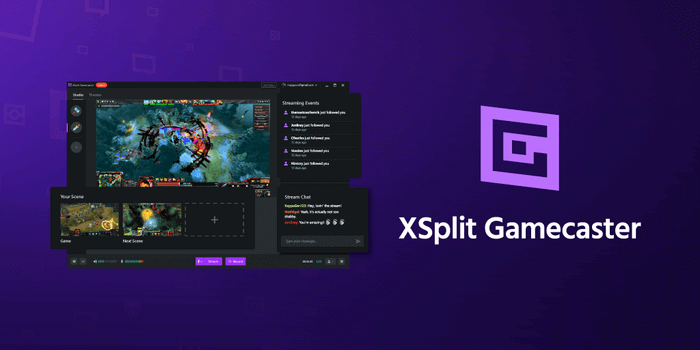 How to Record CSGO Demos with XSplit Gamecaster:

Step 2. Go to "Gamecaster Studio", and you will see "Stream" and "Record" buttons. Hit "Record" to start recording your CSGO gameplay.

Step 3. Clicking the "Record" button again will stop your recording. All recordings are saved and can be located in its default directory on the recording settings.

This post has mainly discussed 5 tools that can help you record CSGO gameplay on your Windows or Mac and also offers you 5 tutorials on how to record CSGO gameplay. Each of them has distinctions from other gameplay recorders, such as the operations system. You can choose the one that best suits your conditions.

And I still highly recommend EaseUS RecExperts as the best option to record CSGO gameplay on your computers. Why not download it and have a try?

FAQs About How to Record CSGO Gameplay

If the contents above can't perfectly satisfy your demands, those answers may help solve your problems.

1. Which is the best recording software for CSGO?

When it comes to the best CSGO recording software, there are many wonderful options you can choose from:

If you record a Point-of-view demo for CSGO, how can you find it? After you click the "Stop" in the console, the recording of POV demos will end. And then, the captured CSGO clips will be saved under the folder path "Steam\steamapps\common\Counter-Strike Global Offensive\csgo".

You can then find the recorded clips in the folder we mentioned above, and you can share them with your friends via email or other means of communication.

3. How to disable CSGO Xbox DVR?

Although it's convenient to record computer games using Xbox GameBar, sometimes you may need to turn it off. For instance, if you want to turn off the Xbox game DVR for CSGO, what should you do?

Firstly, you need to find "Xbox" in the start menu. Open the program, and you can find a setting button in the toolbar on the left side. Click on it. Under the "Game DVR" tab, you can choose to turn it off by clicking the button under "Record game clips and screenshots using Game DVR".
4. What is CSGO?

Counter-Strike: Global Offensive, or simply CSGO/CS: GO for short, is a popular multiplayer FPS video game that was released for Windows, OS X, Xbox 360 PlayStation 3 in August 2012 while the Linux version was released in 2014.

The game features two teams against each other: the Terrorists and the Counter-Terrorists. Both sides are tasked with eliminating the other while also completing separate objectives. It offers various game modes, weapons, and battlegrounds for users. You may explore different excitement and joy every time you play this game.