How to Record Screen with VLC Player on Windows/Mac

VLC Media Player can not only play the videos on your computer, but it also can work as a great screen recorder to capture video and audio on your device. How to record screen with VLC? This post will guide you through recording with VLC on Windows and Mac. Keep reading to know the steps.

VLC is widely known as an open-source and cross-platform multimedia player. This free but powerful software is acclaimed by users around the world ever since it's released, and it can be regarded as one of the most popular media players. However, only part of its users knows that this player can also work as a screen recorder to capture videos on computers.

Actually, the built-in recording tool enables VLC Media Player to capture screens and take screenshots without downloading any other software. You can find many recorders to record your screen online or offline, but not all of them are safe and reliable. To ensure the security of your recordings, VLC Media Player is what you are looking for.

How to Record Screen with VLC on Windows PC
How to Record with VLC Media Player on Mac
Recommend: Best Alternative of VLC Screen Recorder ★★

How to Record Screen with VLC on Windows PC

The steps to record with VLC Player on Windows computers are straightforward. All you need to do is adjust the settings correctly. This multimedia player offers you many useful features to record a video. For example, you can customize the frame rate of your recordings, and it would be better to set the frame rate as 10-15 fps, as long as you don't need to capture fast-moving objects on the screen. In addition, VLC Player allows you to select a suitable video format before recording so that you don't have to spend time converting the recordings.

Next, this part will talk about how does VLC record screen on your computer.

Method of Recording with VLC on Windows PC:

Step 1. First of all, you need to launch the VLC Media Player. There are some options in the top toolbar. Click on"Media" and select "Convert/Save..." from its dropdown menu. 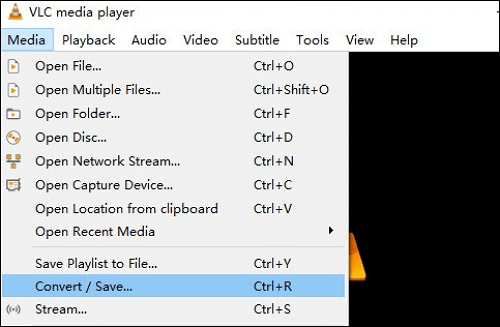 Step 2. Then, a new window will pop up. Navigate to the "Capture Device" tab, set the capture mode as "Desktop", and choose a suitable frame rate. Then, click on "Convert/Save" > "Convert" to move to a new window.

Step 3. You need to continue to complete the settings for the VLC screen capture. Select the output video format in the "Profile" section, and you can select MP4 from the drop-down menu. Then, click on the "Browse" button after "Destination file" to decide the save path. 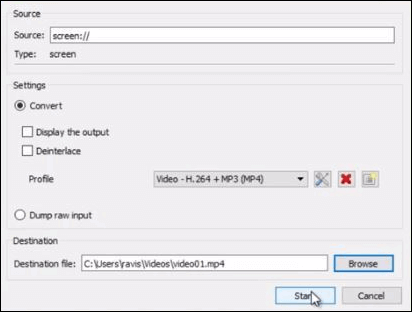 There are things you need to pay attention to:

How to Record with VLC Media Player on Mac

As mentioned above, VLC Media Player is a cross-platform multimedia player. That means this software is also compatible with macOS, and you can screen capture with VLC on your Mac, like doing that on a Windows PC. While the VLC Player works similarly on those two systems, some differences exist between the user interfaces.

If you feel confused about how to record screen with VLC on a Mac, the following tutorial may be helpful.

Step 1. Launch VLC Player on your Mac. Navigate to the "File" option at the top of the screen and select "Open Capture Device..." to set the video source.

Step 2. When a new window pops up, click on the "Capture" tab and select "Screen" as the video source. 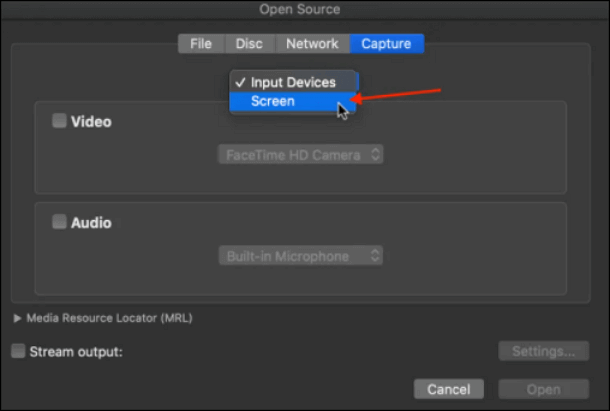 Step 3. Hit the "Settings" button on the same window and customize the frame rate. Like on Windows PC, 10-15 fps is suitable for your recordings unless something moves too fast on the screen.

Step 4. Click "Open" and minimize the VLC recording window. Then, hit the "Playback" button on the top toolbar and click on "Record" to capture your screen. 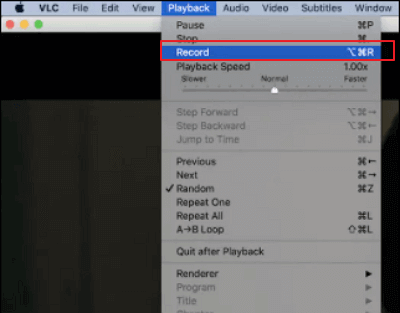 [Recommend] How to Use the Alternative of VLC Screen Recorder

This post offers two methods of VLC recording screens on different systems, and both are effective. However, as a media player, VLC cannot totally replace some specialized screen recorders. For instance, it's tough to capture only part of the screen with this software, and the size of the output files is usually too huge, so you have to find a file compressing tool to reduce it. Moreover, VLC doesn't support recording screen and audio simultaneously, and this problem bothers many people. You can only record the screen and audio separately and sync them after recording.

Luckily, there are plenty of powerful screen recorders on Windows and Mac that can solve every problem you may have in using VLC Media Player. EaseUS RecExperts is one of the notable and reliable screen recorders you can choose. This software allows you to select the recording region to capture the screen or take screenshots effortlessly. It also supports recording the screen with audio and webcam. Thus you will be able to make many kinds of videos by yourself.

One of the most important features that distinguish EaseUS RecExperts from other recorders is the easy-to-use built-in video editing tools. There is a trimmer for you when it's necessary to remove some parts from the captured video and audio files.

This all-in-one screen recorder is also compatible with Mac. Don't miss this program if you want to capture something on your computer. Click on the button to download it for free.

Steps to Use the Alternative of VLC Screen Recorder:

More than merely a multimedia player, it's also possible to record screen with VLC. However, the disadvantages of recording screens with this software are bothering many people. To get high-quality videos by capturing the screen on Windows and Mac, you need a great screen recorder like EaseUS RecExperts.

This software allows users to record anything on a computer screen, and its intuitive interface is suitable for everyone, especially for novices. Download and install it to make your own videos now.

1. Can you record screen and audio with VLC?

No. VLC does not support capturing screen and audio at the same time. So, if you want to record screen and audio simultaneously, you need to find some VLC alternatives, such as EaseUS RecExperts, OBS Studio, Fraps, etc.

Yes. VLC can screen record Mac. Here is the tutorial:

Step 2. Set a video format and saving path for your recordings in the pop-up window.

Step 3. Once done, you can click Start to record your screen via VLC.

3. Why is VLC not recording?

Below are some common reasons: